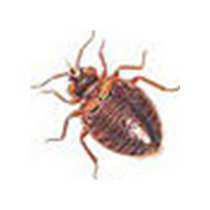 As bed bugs cannot fly, the must either crawl or be passively transported in clothing, or more probably in luggage, furniture, books and other objects used as harbourages. Their ability to withstand many months without feeding increases their chances of surviving such transportation and the insects' very wide distribution throughout the world demonstrates their success.

Household's, hotel's etc. can be invaded by bed bugs, but it is likely that infestations will only become established in premises with low standards of hygiene. Bed bugs are often associated with poor, crowded and unhygienic conditions.

Most bed bug infestations are to be found in domestic premises, usually in the bedrooms. Both juveniles and adults live similar lives, hiding away in cracks and crevices for most of the time and coming out at night, usually just before dawn, to feed on the blood of their sleeping hosts. Their hiding-places will be close to where their hosts sleep; in the bed frame or the mattress, in furniture, behind the skirting, behind the wallpaper - anywhere that affords a dark harbourage during the daylight hours for these nocturnal creatures.

In temperate climates bed bugs reach their peak numbers towards early autumn. At this time all stages in the lifecycle will be present. With the onset of colder weather their activity decreases, egg-laying ceases and development of the juvenile forms slows down.

Bed bugs overwinter mainly as adults, since the eggs and nymphs are more susceptible to low temperatures and die out with the onset of winter, unless in adequately heated premises.

The bird-feeding bugs, such as the Martin Bug, will be found in the nests of their hosts and follow a similar lifestyle to the Common Bed Bug. The occasional problems of these species attacking humans are likely to stem from abandoned nests built near to or inside houses. Nests in lofts or under eaves would be a likely source if such an infestation were suspected.

Bed bugs are not regarded as disease carriers, but their blood feeding can cause severe irritation in some people, resulting in loss of sleep, lack of energy and listlessness, particularly in children. Iron deficiency in infants has resulted from excessive feeding by bed bugs. The bite often gives rise to a hard, whitish swelling which distinguishes it from the flea bite which leaves a dark red spot surrounded by a reddened area. Different individuals react differently to bites, some gaining immunity.

Probably more important, however, is the distaste with which these insects are regarded. Bed bug excrement gives a characteristic speckled appearance to their harbourages, whilst their 'stink glands' confer a distinctive and unpleasant almond-like smell on infested rooms. In addition, the very thought of being preyed upon by such creature is quite sufficient to make most people take immediate action to control them. The bed bug may even help to reduce living standards by driving away householders with reasonable standards of hygiene, leaving behind only those who are less concerned with such matters.

It is interesting to note that many factors are helping to sustain existing bed bug populations: modern building techniques, which allow easy access between adjoining properties; the increased use of central heating, which allows continued feeding and proliferation during winter; the movement of furniture in the second-hand market, which aids their distribution; all these serve to maintain population levels.

Bed bug eggs, which are slightly curved, measuring 0.8-1.3mm long by 0.4-0.6mm broad, are cemented to the surfaces of the harbourages, often in large numbers. Unhatched eggs are an opaque, pearly white colour, whilst hatched eggs, which remain in position long after hatching, are opalescent and translucent. While temperature and the availability of food have a profound effect on egg production, under optimal conditions egg-laying is almost continuous, at a rate of about three per day. The number of eggs laid by a female in the course of her adult life has been variously quoted as between 150 and 345.

The first-stage nymphs which hatch from the eggs are just over 1mm long and, like all the nymphal stages, appear very similar to the adults, except in size and colour.

Early instars tend to be more amber than the darker brown of the adult. Each nymph requires one full blood meal before moulting to the next stage. Though there are variations in size, due mainly to the effects of feeding, which may increase the bug's weight by up to 6 times, the approximate lengths of each of the five nymphal stages are: stage I 1.3mm, II 2.0mm, III 3.0mm, IV 3.7mm and V 5.0mm. The rudimentary wings appear in the last moult.

The speed of development from egg to adult and the duration of adult life vary according to temperature and availability of food. With frequent feeding, at normal room temperatures (ca. 18-20oC) adults can live for 9-18 months, with egg incubation taking 10-20 days and the complete cycle 9-18 weeks. Under these conditions nymphs feed at about 10-day intervals and the adults weekly. If necessary, both can survive long periods without food. Under cool conditions (13oC) starved adults could survive for as long as one year.

In unheated rooms where the temperature drops below 13oC in the winter, egg laying, moulting and feeding stops and the population declines as eggs and young nymphs die. Under such conditions there is only one generation per year. Where temperatures do not fall so dramatically, breeding may continue throughout the year and two generations can be attained.

In all infestations, particularly those newly established in well-kept houses, an attempt should be made to determine the souce of infestation, so that proper measures can be taken.

A thorough inspection of infested premises should also seek to uncover the extent of the infestation, since the measures necessary for control will depend on whether the infestation is established and widely distributed throughout the premises, or recently introduced and likely to be more localised.

Control measures used must be thorough and be directed at all the harbourages. In circumstances where the infestation has originated from birds' nests, it will be necessary to treat the nests and advisable to birdproof the building.